Blog
You are here: Home / Blog / Uncategorized / The Sweetness of the Stinging Nettle – A Parenting Lesson 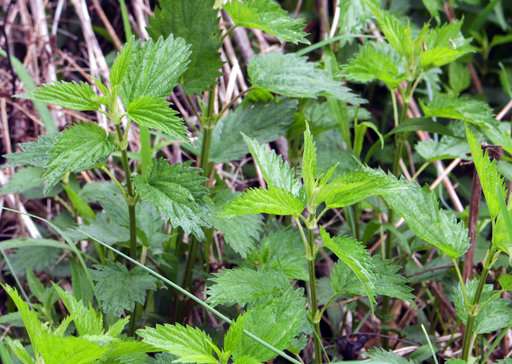 These small plants commonly found along the Eastern seaboard can hurt. But if you carefully cut the nettle at its stem, it’s insides serve as the perfect remedy. Pain is always best sweetened at its source. If you can slowly, gently enter and listen, it will share with you its secret of what is truly important.

A mother gets angry at her four year old son Josh for not listening…again. She yells. She doesn’t like yelling. It seems like something important is going on here. What is happening beneath the surface? Mom describes a normal childhood but is familiar with the pain of being ignored. Her physical needs were met, but emotionally, she felt invisible. She decides that with her son, she will do different. “I will be there for him, always.” She works hard at it. There are times she is so happy, so pleased with how she shows up for him differently. And there are other times. During those times, Josh just seems to ignore and defy her every word and something frightening happens. It happens fast, and at the end of it she is grabbing him by the arm with force. She hates herself in this moment. How did she get here?

If we slow it down enough, in that crucial moment of defiance we see that Josh, in all of his 4 years, becomes a grave threat to his mommy. He threatens the image of herself that she so valiantly and bravely seeks to create. Remember, she was going to do different, she was going to be more, and in that desire there is the vulnerability of getting it wrong. So, when Josh defies, before the anger, there is sadness, helplessness and pain. The pain and fear of failure.  Anger is her movement away from the sadness and shame of to try and DO SOMETHING ABOUT THIS! It his her attempt toward control and a solution. And the addictive thing about it is that is seems to work. He listens. And yet…it doesn’t. Josh begins to feel less safe and trusts her less; she feels increasingly worse about herself and her parenting abilities.

But if we gently investigate that anger and feel the sadness and pain that lie beneath, it begins to make so much sense. When something matters to someone they will do whatever they can to attain it. If mom could touch it, feel it and allow the pain to speak to her it might tell her: “You so want to be the mother Josh needs; it’s so important to you and it hurts when it seems that you are getting it wrong. You don’t want to get it wrong. Go to him, tell him how much you care, how much you want to be a good mother for him and how hard you are on yourself. How you see the hurt you caused him by yelling and how you don’t like it; even when you have to correct him, you want to express yourself with love. Take full ownership of your beautiful insides and see how he responds.

Sweeten the sting by entering the pain by its source. Listen closely and allow its wisdom to direct you.

Lovers Facing Each Other and the Beyond
Scroll to top